So, you’ve got a hard disk or solid state drive that you need to partition and you’re thinking about configuring it with Logical Volume Manager (“LVM”). Here’s a quick walk-through of the steps needed to get LVM working on your drive.

Figure 1 – The Three Layers of LVM 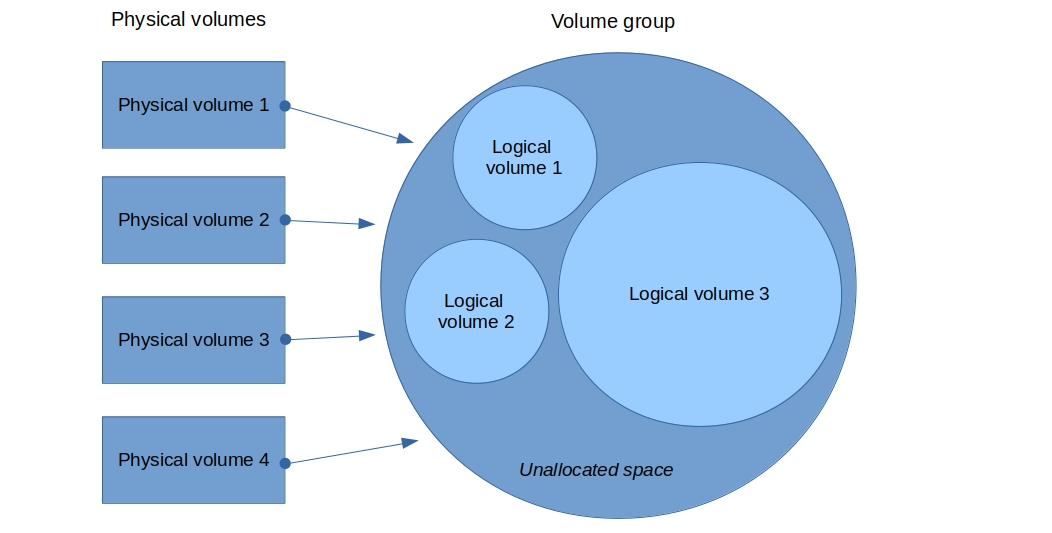 Initialize partition 1 on the disk device:

Note that all LVM commands are run with sudo or as root user.

The command pvs is used to print the status of all physical volumes initiated in the operating system.

The command vgs is used to print the status of all volume groups created in the operating system.

A logical volume may then be created from physical space allocated to the volume group.

The command lvs is used to print the status of all logical volumes created in the operating system.

Building a Filesystem on the Logical Volume

Before the new logical volume can be used by the operating system, it must be configured with a filesystem. The ubiquitous Linux utility mkfs is used for this task.

Note that the filesystem type of a partition may be listed in Linux using the utility lsblk with option ” -f “.

To confirm that the logical volume was successfully mounted, view the partition’s MOUNTPOINT column after the lsblk command is run, or look for its appearance in the printout from the command mount -l [lower-case L].

For more detailed information on any of the above-mentioned LVM commands, please refer to the man page of the specific command.

[1] Actually you have four options. Per the pvcreate manpage: “Each PhysicalVolume can be a disk partition, whole disk, meta device, or loopback file.”